The practical keys to build economies, long-term, can be a mystery. The advice of experts holds 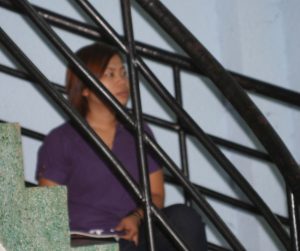 diversities of approaches with too often, only short-term fixes. What works for some, may not be the answer for others. There is a need to close the gap on what endures.

As Vietnam continues to evolve and assume its leadership role in world affairs, so also the opportunities expand. Very key to these steps are adhering to strategies with values conforming to the ancient paths of Vietnam. It is not without cause that enduring values can be confused with trendy ones.

This explains why the naive too often mistake opportunity and success with media images of the West. In reality, the West’s mainstream media portrayal bears little resemblance to the foundational roots that brought the West their success.

The goal should tap the fundamental origins of the West that conform with Vietnam’s true heritage; and a deliberate nurturing and safeguarding of the true riches of Vietnamese culture.

With Vietnam emerging as a land of economic opportunity, the question is how this opportunity will impact Vietnam’s future. Who will it benefit? How can it be managed to awaken and strengthen the industrious and innovative culture of Vietnam’s people; to conform to Vietnam’s ancient values?

To answer these questions requires a closer look at the economic dynamics that endure. That begins with identifying principles of economic cultural compatibility.

Cultural Compatibility and Entrepreneurship
A highly respected social economist has uncovered some unique insights into these issues in his examination of economies and cultures in “Trust: Social Virtues and the Creation of Prosperity.” Francis Fukuyama contends that social capital may be as important as physical capital. Yet, only societies with a high degree of social trust will create the foundations needed for the large-scale business organizations that compete in today’s global economy. However, large-scale organizations are only a part of the equation.

Former Cambridge University entrepreneurial expert and author, Bill Bolton, stresses the importance of the creative and innovative dimensions which drive economic opportunity and the dynamic of entrepreneurship. 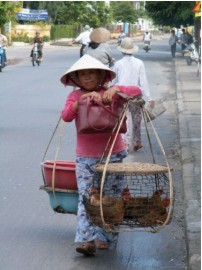 The challenge lies in the foundation of the economic structure. While the West has gone through iterations of reinventing the venture capital and “accelerator” investment models for fast-growth organizations; investment trends can be fickle and at times, abruptly cyclic. The reality is that without a firm foundation of entrepreneurship with community-level businesses; the economic structure will eventually soften and become top-heavy.

Bottom-Up Foundations
While not discounting the need for investment-driven agendas, long-term economic growth requires bottom-up economic foundations. While the term “start-ups” and “small business” in the West has tended to embrace a threshold of anything under 20 million USD annually; the threshold needs to be lower. Healthy economic structures need to foster family-owned businesses that employ a handful of employees and serve a local neighborhood. A healthy ratio of Vietnam’s GDP (over 20 percent) comes from what has begun being referred to as the “sidewalk economy.”

Historically in the West, some of the current, longest-lasting, more stable, larger organizations have grown from very humble beginnings. This premise also reflects the centuries-old approach employed by a people whose renown has been as a people of business and finance: the Jews.

What is most pertinent and warrants examination is the Jewish model which, from age to age, has operated with consistent success despite adversities and the very different, but dominant cultures of which they have been a part.

Long-Term Trends
Over the millennia the Jewish people not only have succeeded in retaining their cultural identity, but 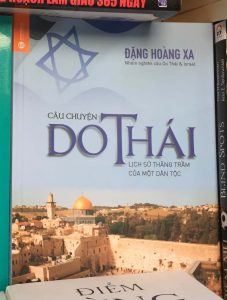 with disproportionate achievement have served as catalysts and influencers to the civilizations that would rise and fall around them, like the Greeks, the Romans, the Assyrians, the Ottomans, the Babylonians and on and on.

Historically, in civilizations without a middle class, the Jewish people have served that function, as merchants and bankers and people of business. They have been advisors to kings, rulers and leaders and financed national agendas in the societies in which they lived.

Yet, as a people, Jews have been distinctive. As a people, they have released nuggets of wisdom from the roots of their culture that have impacted the foundations: economically, governmentally, judicially, and morally, for what is now considered as the good and enduring virtues of Western civilization.

Today, despite being only .25 percent of the world’s population, since 1950, Jews have been the recipients of 27 percent of the Nobel prizes awarded. Studies such as “The Golden Age of Jewish Achievement” and “Startup Nation” attest to their contributions, which statisticians would view as “beyond chance expectation.”

In short, Jewish strategies have resulted in them outliving, as a people, the civilizations of which they have been a part. The question is defining the parallels to the strengths of Vietnamese culture conforming to this long-term model.

Pertinent Ancient Wisdom
Identity. As already noted, at the foundations of Jewish culture is their identity. They hold to the belief of being a prophetic people of God whose ways reflect the pattern of their forefather Abraham: to be blessed to be a blessing. Yet, they have resisted assimilation and from age to age they have maintained their unique identity as a culture within a culture. 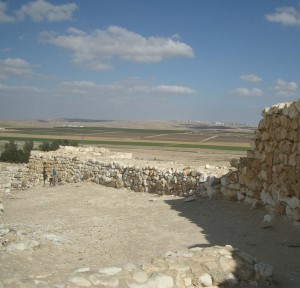 Community. Their beliefs nurture the dynamic of community as much or more than any other culture; but with the approach of being a trust society. They foster entrepreneurship and creativity from within and build incisively from the bottom-up.

Self-Sufficiency. Within that context, community-wise, when adhering to their standards, they operate in a self-regulated, self-sufficiency within their communities. They nurture the type of stewardship that serves and reflects excellence.

Leadership. Their brand of leadership has the distinction of operating best through influence and service. As a people, Jews are disciplined and are willing to pay the cost to live for a higher standard, to sacrifice for the future of their people.

Moral Standards. With distinct parallels to the ancient roots of the Vietnamese people, Jews are a moral society. Their distinctive identity upholds the standards of community, entrepreneurship, innovation, excellence and industriousness that are central to Vietnam’s heritage. Both the Jewish and Vietnamese people have had their share of centuries as a conquered people, but have never lost their foundations culturally that have made them unique and strong.

So, how do these observations provide the practical keys to opportunity and future economic growth for Vietnam; without sacrificing the foundations of Vietnamese identity? The answer is found in the values that undergird the Jewish approach to business activity.

A Wall Street Journal article (Vietnamese Lessons for Burma, Chin and Collazo, 20 Nov 2013) has challenged whether doi moi has lost its momentum and Vietnam, Asia’s shining star for foreign investment, its advantage. The answer lies within. Foreign investment will stir the economy, but building an enduring economy will follow the wisdom from the Jews, from within. 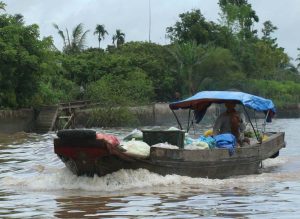 history. This foundation applies to both the top-down and bottom-up economic dynamics. It forms the basis of the strategy of an entrepreneurial-based middle class; the economic independence that nurtures the good and the growth of the society. This premise is the thread that begins forming the economic tapestry that endures.

True entrepreneurship is based on the development of a gift. Ancient Jewish writings uphold that “a man’s gift makes room for him and brings him before great men.” It is when these gifts are nurtured within a trust society to extend ripples of opportunity to others, that another ancient community principle is released. That community dynamic in the Hebrew is termed “tz’dakah.

In many English writings, this Hebrew word is translated as “righteousness.” While that is in part correct, the full meaning, which is understood within the Jewish community, is “charitable righteousness.” Tz’dakah in essence is a community dynamic. It is the unspoken responsibility to lend a helping hand to those in need and to help foster opportunity for others.

The highest form of tz’dakah is to help someone start a business. In short, it conforms to the ancient Asian saying that “to give someone a fish, you help them for a day; but to teach them to fish will help them for a lifetime.” Tz’dakah is the application of the simple truth that “you reap what you sow.”

With the wisdom from their ancient writings of “the naïve believe everything, but the prudent are cautious in considering their steps,” true entrepreneurs create, innovate, build and multiply; and do so to the benefit of the community as a whole.

This wisdom, coupled with becoming the best in what you do, becomes an important factor in community leadership: trust. Again, the ancient writings note that “a good name is to be chosen over great riches; loving favor than silver and gold.”

This principle establishes priorities in which money becomes the servant rather than the master. When money is the master or the goal, it creates the basis for corruption. Money or the increase of assets should be the by-product of honorable stewardship and tz’dakah. 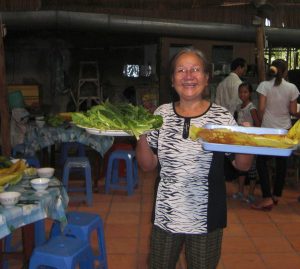 Trust begins at the level of the individual. It extends into every relationship and is the basis of a thriving, growing community with stable economic foundations. As it is written “a good man swears to his own hurt and does not change.” That’s the basis of honor. Healthy communities thrive on honor.

Many centuries ago, a man by the name of Machiavelli wrote about power. His premises are largely without honor. While they can bring result, that result more often than not is very risky and short-lived. Morally, Machiavellian thinking is based on the ends justifying the means. However, what he wrote toward the end of his life conforms to the wisdom and leadership that endures: “there is nothing more difficult than to establish a new order of things.”

While ancient Jewish writings also indicate that “there is nothing new under the sun,” establishing a new order of things often is the discovery and creativity that identifies the change. From this discovery will come the establishment and putting into action the order that endures. At the core of this order will be honor and trust.

Entrepreneur, consultant, author, humanitarian and business owner, Morris Ruddick has led development of entrepreneurial activities in critical needy areas and brought together combined business–humanitarian initiatives in several nations across the globe.  Since 1995, he has been at the forefront of encouraging and mobilizing like-minded leaders with agendas that build communities and impact their nations.

In recent years Mr. Ruddick’s agendas have spanned five continents with hands-on activities in Russia, Belarus, Afghanistan, Ethiopia, Botswana, Nigeria, China, Vietnam and Israel. These initiatives have included entrepreneurial startup programs, leadership training and community building strategies for lands undergoing change, many with emerging economies. His programs are based on ancient writings and models of discerning the times and the seasons, along with sowing and reaping with the wisdom to overcome times of change and challenge.

He is author of “The Joseph-Daniel Calling;” “Gods Economy, Israel and the Nations;” “The Heart of a King;” “Something More;” “Righteous Power in a Corrupt World;” “Leadership by Anointing;” and “Mantle of Fire,” which address the mobilization of business and governmental leaders with destinies to impact their communities. They are available in print and e-versions from www.Amazon.com, www.apple.com/ibooks and www.BarnesandNoble.com.

Global Initiatives Foundation (www.strategic-initiatives.org) is a tax-exempt 501 (c) 3 non-profit whose efforts are enabled by the generosity of a remnant of faithful friends and contributors whose vision aligns with God’s heart to mobilize economic community builders imparting influence and the blessings of God. Checks on US banks should be made out to Global Initiatives and mailed to PO Box 370291, Denver CO 80237 or by credit card at http://strategic-initiatives.org/donate/

Reproduction is prohibited without permission from info@strategic-initiatives.org.