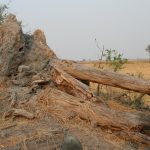 Without the Spin In 2005 I penned a piece that became a chapter in my “Something More” book. Titled “The Fine Line,” I described this “fine line” as it being a dimension found only beyond the portals, having entered the narrow gate of the Kingdom. It taps Jesus’ central message of the Kingdom of God […]