Our resources include workshops, webinars, talks, blogs, videos and books. The books, articles, videos and membership blogs represent the foundation for engagements with greater depth available through talks, webinars and workshops. Similarly, membership blogs include advanced topics on the spiritual and strategic dynamics comprising the Joseph-Daniel calling and trans-cultural Jewish business secrets that have endured the test of time.

Likewise, the response to recent travel restrictions has resulted in a variety of engagements increasingly being arranged through both live and recorded Zoom video calls. Contact us for terms and availability for custom-designed video calls and webinars.

The Strategic Intercession Global Network [SIGN]. Found at www.strategicintercession.org the Strategic Intercession Global Network was birthed in early 1996. SIGN has as its purpose: addressing strategic-level issues impacting the Body globally. Targeting mature intercessors and leaders, rather than analysis, what is sought is God’s heart with an understanding of the times. From its start, SIGN has been offered without charge as a service to the Body. SIGN is very Israel- and marketplace-focused. Why? Because we believe that, along with the persecuted church, they are God’s priorities for these times. SIGN also is prophetically contemporaneous, reaching for the standard of maturity Paul outlines in Ephesians 4 that combines the full knowledge of the Lord and unity within the Body.

Those whose contribute $50 or more monthly to Global Initiatives or $500 per annum will automatically have access to both our membership blogs. Those unable to help with this level of commitment are able to become members of the Jewish Business Secrets blog and/or the Joseph-Daniel Calling blog for $6 a month for each.

Please go to our Donate and Join Page for credit card and Paypal links and more information for sending donation checks.

The Joseph Daniel Calling Blog. In the face of political instabilities, economic reversals, fear, and uncertainty, Kingdom opportunities not obvious to the world are quietly on the rise. These Kingdom agendas reflect an interlinking of secular enterprises with overriding ministry objectives.  They involve spiritually and professionally gifted men and women of God, modern-day Josephs and Daniels, whose role will be at the forefront of unusual alliances, favorable to Kingdom agendas.

These alliances will parallel the significant role played by Joseph’s alliance with Pharaoh and Daniel’s alliance with Nebuchadnezzar and Darius. They will include both governmental and corporate leaders whose responsibilities include major resources. The influence of these modern-day Josephs and Daniels will result in the redirection of strategic resources into building stable safe-places for God’s people and Kingdom enterprises that represent key segments of alternate economic systems. This blog unveils the underlying characteristics and dynamics tied to the capabilities and source of influence of those gifted with this game-changing mantle.

Jewish Business Secrets Blog. Over the millennia the Jewish people not only have succeeded in retaining their cultural identity, but with disproportionate achievement have served as catalysts and influencers to the civilizations that would rise and fall around them.

Historically, in civilizations without a middle class, the Jewish people have served that function, as merchants and bankers and people of business. They have been advisors to kings, rulers and leaders and financed national agendas in the societies in which they lived. More than most other cultures, they have become known as the people of business. They think differently. As a people, they have released nuggets of wisdom from the roots of their culture that have impacted the foundations of what is now considered as the good and enduring virtues of Western civilization.

Today, despite being only .25 percent of the world’s population, since 1950, Jews have been the recipients of 27 percent of the Nobel prizes awarded. Studies such as “The Golden Age of Jewish Achievement” and “Startup Nation” attest to their contributions, which statisticians would view as “beyond chance expectation.” This blog examines in depth, the reasons why. 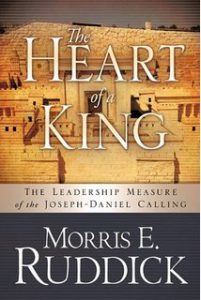 An overview of each of Morris Ruddick’s books can be seen by clicking on the above link. These books: “The Joseph-Daniel Calling;” “Gods Economy, Israel and the Nations;” “The Heart of a King;” “Something More;” “Righteous Power in a Corrupt World;” “Leadership by Anointing;” and “Mantle of Fire,” address the mobilization of business and governmental leaders with destinies to impact their communities. They are available in print and e-versions from www.Amazon.com, www.apple.com/ibooks and www.BarnesandNoble.com. 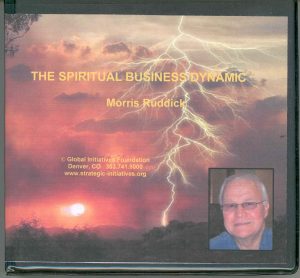